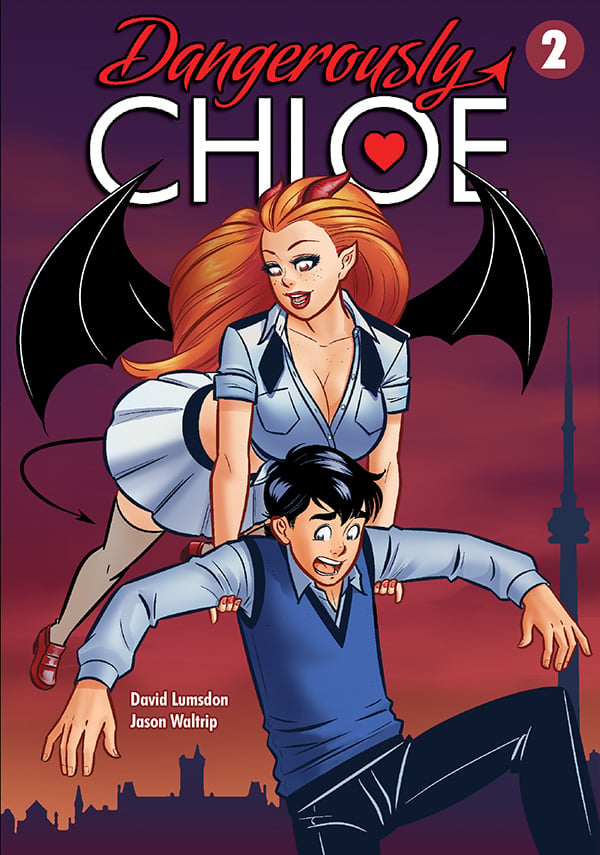 Collects chapters 11 through 17 of the online series.

The two-succubus and two-human DeCarlo household is, for now, almost stable. Sure, there was that time Teddy nearly died, drawing theattention of Alchemy, a cute, genderfluid grim reaper. And Teddy and Chloe still have that pact where he'll die if she has sex with him. And as a succubus, she needs to have sex sooner or later or she'll die, and she's starting to get sicker. You know what? Forget it, the household isn't stable at all.

Things aren't much calmer with Naomi and Prudence, who seem to be learning all the secrets of the universe except what Naomi really wants to know about Teddy and the fact that Prudence isn't really supposed to be Naomi's guardian angel. But don't worry: when the powers of Heaven are involved, things are bound to sort themselves out fairly for everyone, right? Actually, you know what? Forget it. Worry. POSTCARD EDITION INCLUDES:
4 postcard size pin-ups featuring art by Cassandra Wedeking! (see image 2) Note: Please allow 2 to 6 weeks for delivery. Read FAQ for more details on delivery estimates. Note: Large packages (generally packages with more than 1 book) sent to locations far from Canada, like Australia for instance, could take up to 10 weeks to arrive.
0 items $0.00