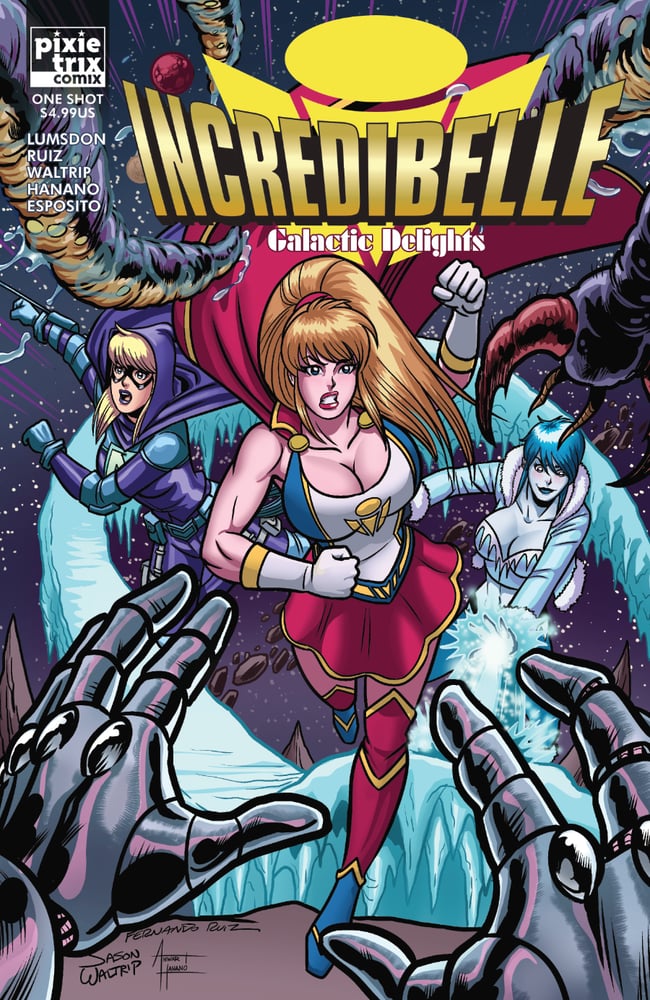 It's an escort mission of intergalactic proportions! Incredibelle must team up with ex- and maybe future ally Nightgale (it's complicated) to protect an alien dignitary at her peace conference several star systems away. With alien assassins crawling all over the luxury star liner, these two bombastic babes have their work cut out for them! Hey, wait a minute... Doesn't the dignitary look an awful lot like...? Join the action in a second adventure so big, we added more heroes to pick up the slack!

Annnnd... Attention readers! Prepare to somersault in joy, for you have been deemed worthy to read the mind-bogglingly astounding, galaxy-spanning adventures of that courageous cosmic crimefighter, the one... the only... DAAAAAASHHH GAAAAAALAAAAAXYYYY!!!

Things have been going great for Dash since he started dating Incredibelle. He got a nice promotion for busting a notorious crime gang (which he totally did himself... cough...) This nabbed him a state-of-the-art patrol ship and new crew members under his command. However, his new notoriety has drawn the attention of the galactic underworld's worst. Will he be able to survive now that Incredibelle is light-years away on Earth? Find out in this pulse-pounding first installment, a five-page backup story in the pages of Incredibelle: Galactic Delights!