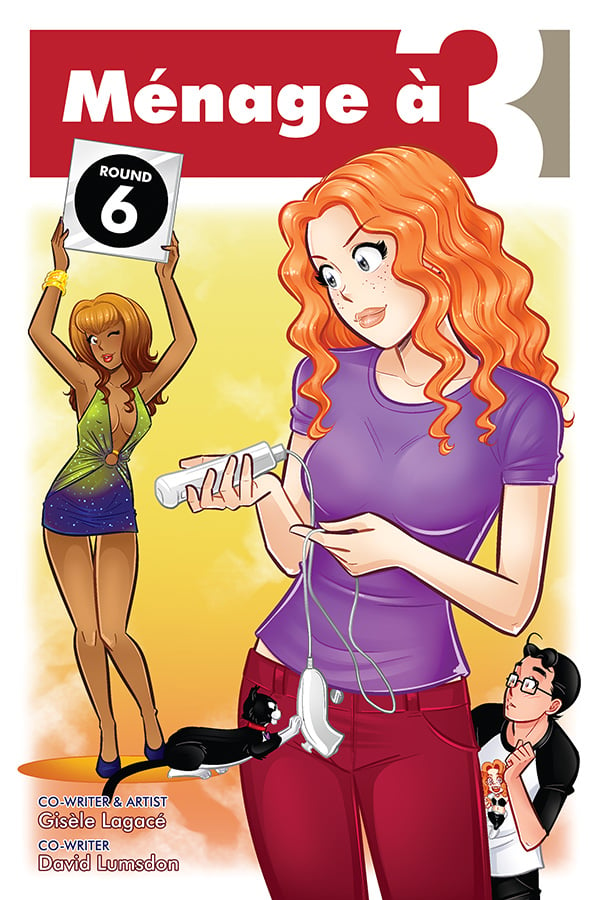 Gary has vanished from Montreal… to Paris, where he’s getting scorched by the friction between two international models. Back home, Zii’s life is more tumultuous than ever: she’s confessed her lust to DiDi, ruining her own relationship with her own band’s manager before they even play their first gig! Meanwhile, Yuki’s therapy takes an odd turn, and Sonya’s quest for Zii’s heart gets an unexpected and resourceful ally. It all leads up to a battle of the new bands that’ll change more than one life forever!

Bonus features include:
• An all new 5-page, print-exclusive, “what-if” bonus story, continuing the series begun in Volume 5: Gary and his possible future wives!
• 4 new chapter break illustrations, and a new back cover illustration!

POSTCARD EDITION INCLUDES:
All of the above PLUS 4 postcard-size pin-ups featuring Zii & the Troublemakers (see pic two for a glimpse).

Note: Please allow 2 to 6 weeks for delivery. Read FAQ for more details on delivery estimates. Note: Large packages (generally packages with more than 1 book) sent to locations far from Canada, like Australia for instance, could take up to 10 weeks to arrive.
0 items $0.00