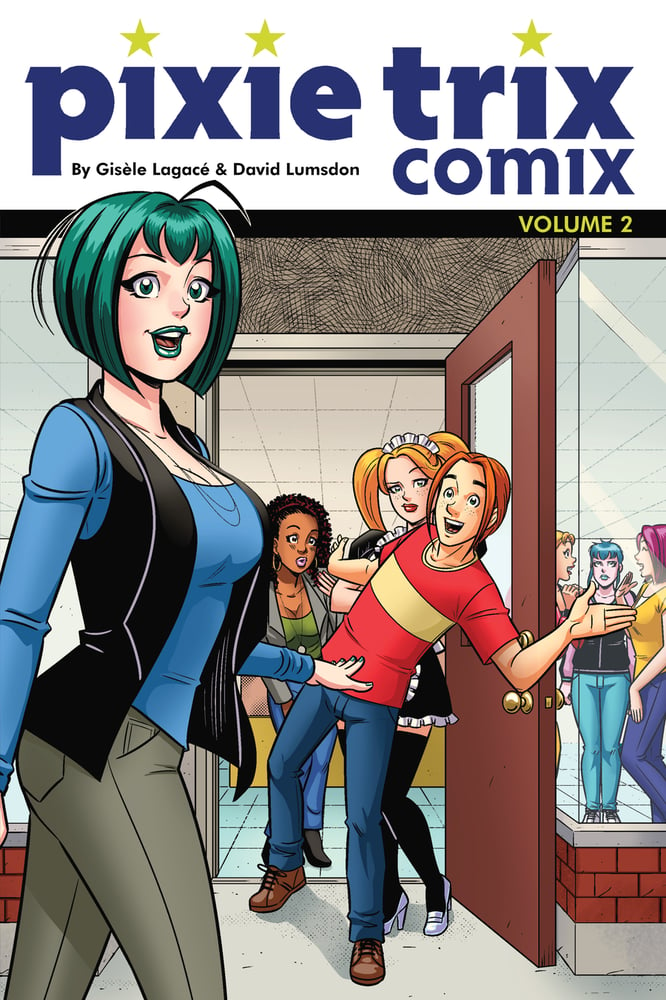 How many comics companies have launched with characters based on the writer’s current and hoped-for future sexual partners? Probably a lot, actually! But how many have launched while the writer and editor were both embarking on their first same-sex relationships? How many launched with three creative team members competing for one woman’s affections? How many launched while the co-writer started a campaign to turn the main writer into her twin sister? After today, the answer to each of these questions will be “At least one!” PREPARE FOR THE PIXIE TRIX AGE OF COMIX!

VOLUME 2 EXCLUSIVE BONUS STORY: Aaron and Axl helped Nikki move, and to pay them back for their hard work, Nikki takes the boys on a date TOGETHER! It's a battle to the death for Nikki's heart! Well, not quite DEATH... but CLOSE! Who will win? And who will get to "break in" Nikki's new bedroom?!