Zii and the Troublemakers 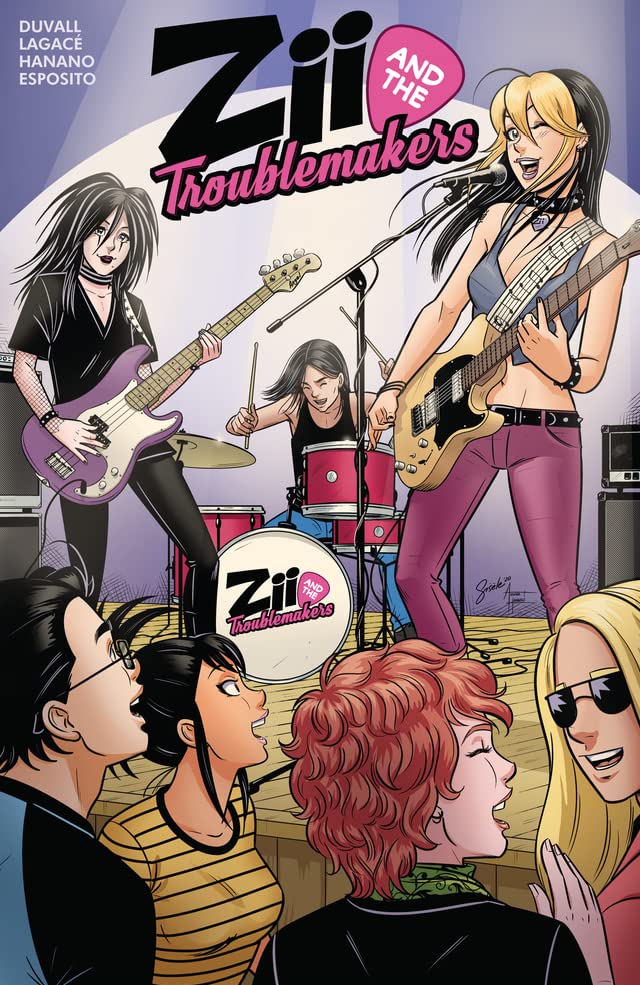 Zii and the Troublemakers hit the road in a cross-country tour that takes the rock group out West. During their stop in Vancouver, Terry happily reunites with a sibling, Angel’s frustrations about no longer fronting the band come to a head, and Zii and Erik are just plain sexually frustrated. From rock shows to drag shows, and a comic-con in between, join the band and their groupies, including Gary and Yuki, as they navigate the city’s nightlife, as well as its colorful inhabitants. As tensions rise, will the band be able to keep it together until the tour’s end, or have the Troublemakers played their final show? Find out in this special 56-page full-color prestige one-shot which picks up where Ma3 left off. Plot by Scott Duvall and Gisèle Lagacé, script by Scott Duvall, art by Gisèle Lagacé, colors by Anwar Hanano, letters by Taylor Esposito, and edited by T Campbell.